The biggest change for the television industry in 2011 may have been Netflix’s decision to buy the exclusive rights to the upcoming  fourth season of the cult TV series Arrested Development. I’m a bit surprised there haven’t been news stories about producers of similar beloved yet cancelled series (Veronica Mars, Pushing Daisies) trying to cut a deal to release more content. If you think about it, Netflix is a logical home for this type of material.

HBO has declared that it doesn’t fit their premium brand to air new episodes of series that have been cancelled by other networks. Showtime has made similar arguments. And I could appreciate that position. But it makes a lot of sense for Netflix’s growing library of original content, considering how it augments things that the company already owns. The new episodes can draw attention to stuff that’s already in the streaming video library. Netflix users would then be more likely to check out the existing episodes, as well as the new stuff, which means they’re more likely to be satisfied with their subscription.

Netflix can also use the opportunity to make the project more satisfying. A show becomes more attractive if viewers are aware that there’s a good ending. A series like Deadwood or Heroes is simply less appealing if viewers know that major storylines will be unresolved. 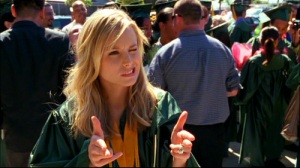 There are some other advantages. Fans of these shows are more likely to be active on the internet and overrepresnnted amongst print media critics, which means the decision would generate some positive buzz for Netflix. And considering the bad year the company and CEO Reed Hastings have had, the good buzz would be much appreciated. It would also encourage some people to buy subscriptions, or make them less likely to drop Netflix. The latter is especially problematic, as the monthly pay model means there isn’t much incentive to stick to a subscription. A savvy user could alternate between Netflix and other similar programs, such as Hulu Plus. Or they could choose to just not watch Neflix for a few months. And then binge.

Presumably there wouldn’t be problems regarding the accuracy of viewer numbers. A friend of the family is a Nielsen viewer, and she often leaves the TV on, so her cats don’t feel lonely while she’s gone. That is where ratings come from. Fans of cancelled shows seem to know a lot about the flaws of the Nielsen numbers. For Netflix, it doesn’t matter if the Nielsen system is broken. Presumably they have the real numbers for how often something is watched, which can help them make truly informed decisions regarding content.

The wisdom in Hollywood is that if a show reaches 88 episodes, it can be stripped (aired Monday-Friday at the same time each day). As a result, a show that’s had three 22 episode seasons will probably get a fourth season regardless of the ratings, though this is not a guarantee. This does mean that the company that produces the show will base their decisions around the costs of reaching that magic number. And if there are already 88 episodes, there’s less need to air any more.

But with Netflix, it doesn’t matter how many episodes a show has lasted. It’s all content that’s on the network. So the company wouldn’t worry about whether they can justify the cost of 24 new episodes of Veronica Mars, when something shorter and less expensive would do. They would have a financial incentive to provide a satisfying ending for Pushing Daisies, even if it’s highly unlikely that they’ll ever reach 88 episodes.

This is an approach that might be taken by other streaming video providers. Viewers will benefit, because it means there will be more incentives to provide a satisfying conclusion to their favorite show.

I started thinking about this, because I really want more Veronica Mars. And I’m worried about Community getting cancelled, even if it’s close enough to the syndication payday to justify another season. Netflix seems to provide a viable model to save the interesting low-rated TV shows, or at least mitigate the problem of abrupt endings.