Will Hillary Clinton be the John McCain of 2016? 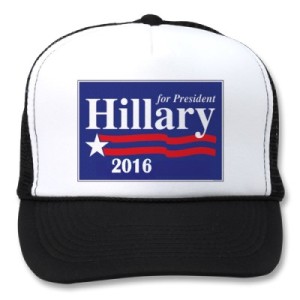 Earlier today, James Carville said he thought Hillary Clinton would run for President again in 2016. Drudge seemed to think that the comment was worth posting a link, and there’s been a bit of chatter about the possibility recently. Mark Halperin and John Heilemann, the authors of Game Change, got some coverage a few days ago for making the same suggestion.

I think it’s a strong possibility. Mrs Clinton is probably as well-positioned for the 2016 Democratic primary, as Al Gore was for the 2000 primary. Considering her previous ambitions, my suspicion is that she’ll run. But it doesn’t meant that she’ll win the General Election.

Clinton’s currently getting a lot of credit for her job as Secretary of State, a position which allows her to take credit for Obama’s foreign policy successes, and distance herself from any of his failures, while earning a lot of free media. There’s a reason the SOS is usually the best known and most popular member of the cabinet.

She’ll also combine the two most powerful brands of the Democratic party, while quietly representing a major landmark as the potential first female President. This time there won’t be a rival primary competitor who offers an equally compelling “first.” Many of her most vocal critics from the 90s will also be dead or retired, resulting in a much smaller media presence for her long-time detractors.

Unlike most current officeholders, she doesn’t have to worry about any campaigns until the 2016 race begins. Should Obama lose releection, she can still earn a lot of free media as the former first lady and Secretary of State. She has announced her intention to leave after a full term, so if Obama wins reelection, she can still resign to set up a presidential campaign at any point after that. As a former Cabinet member and prominent senator, to say nothing of her roles in Bill Clinton’s administration, she’ll be able to run on “experience” which can be the most effective message for the party’s standard-bearer under the likely circumstances for the General Election campaign.  Sober leadership will be a useful theme if Obama’s a one-termer, or if she’s running to succeed him. If he’s popular, she could fit a theme of “Change was awesome. Let’s stay the course.”

That said, eight years ago, McCain looked like a General Election powerhouse. Races on this scale do tend to tighten, and the Secretary of State has spent the last three years avoiding daily attacks and partisan scrutiny. It’s possible that, like the maverick, she’ll get the nominations, eight years after seeking it, when it turns out to be least valuable. 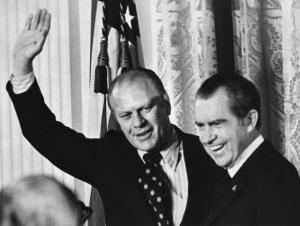 In the last few generations, there’s been a tendency in American politics for a political party to stay in the White House for two terms.

In 1960, Kennedy became President. He died, but in 1964, LBJ was elected to a fill term. Then his Vice-President lost the General Election.

In 1968, Nixon became President. In 1972, he was reelected. His Vice-President soon ascended to the office, but lost the General Election.

In 1976 Jimmy Carter became President. He lost re-election, making it the first time since before the McKinley administration that a political party failed to hold the White House for at least two terms.

In 1980, Reagan became President. He was reelected in 1984. And in 1988, his Vice President was elected to the White House. This is the second exception to the norm since 1952, and it’s worth noting that both involved Reagan.

In 1992, Clinton became President. He was reelected in 1996. Then his Vice-President lost the General Election, following in the footsteps of Nixon, Humphrey, Ford and Mondale.

In 2000, George W Bush became President. While Gore won the popular vote, the election probably would not have been as close were it not for the last minute news about his drunk-driving arrest in the 70s. He was re-elected in 2004. In 2008, McCain won every state where W’s approval rating was above 35%, which was only good enough for 173 electoral votes.

If Obama loses reelection, that could suggest that the times are really volatile, in which case any President can be vulnerable. Or it could also suggest that the Nation prefers  Republican candidates, who would have won 8 of 12 consecutive presidential elections. If the former to be true, the Democratic party’s nomination is still quite valuable. But if the latter is true, the nominee would be a sacrificial lamb.

If Obama wins reelection, the 2016 Democratic nominee will still be swimming against the hide of history, as the last time the Democratic party had held the White House for more than two consecutive  terms was in the 1940s. Though there are a few demographic trends that could favor the party, especially if a Mitt Romney loss encourages the Republican party to nominate a much more conservative candidate in 2016. The media would likely be more favorable to Hillary Clinton than they were to John McCain in 2008, but that probably won’t be enough. She could join him, Dole, Mondale, Ford and Humphrey as a respected public figure given the nomination when it doesn’t matter.