Amazing Spider-Man Review Part 2: So Was It Good? 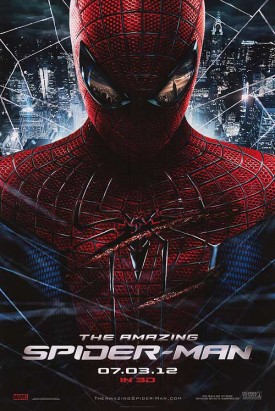 Earlier, I wrote about the decisions the director and writer had made in the adaptation. Now it’s time to look at the execution and the performances to figure out why it’s a good movie. 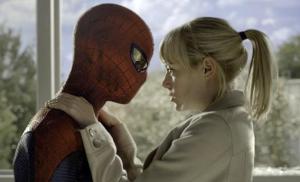 Andrew Garfield and Emma Stone are great together. I don’t mean it as a backhanded compliment to say that there wasn’t anything obviously wrong with the pairing. The lack of chemistry is more noticeable in a film than actual chemistry between leads, with the possible exception of films that are more risque than PG-13 superhero action films. I liked their initial awkwardness, such as when Peter Parker asks Gwen out, and both realize that he’ll be busy with community service. They’re both pretty damn likable. And it’s also impressive to have a film in which the leads are two teen scientists.

It’s a smart script. One thing I respect Vanderbilt and the other writers for is not dumbing things down, and letting the audience do some work. A lesser talent would feature a lot more repetition. It fits a subtle, and less bombastic (for the most part) Peter Parker. Although it is slightly maddening when this Spider-Man never expresses guilt over Uncle Ben’s death.

Marc Webb was a competent director. There wasn’t a noticeable visual style to the movie, as there was with Raimi. He made a good film, and justified Sony’s decision to give a blockbuster to a guy with only one film, and a lot of music videos, to his credit. Webb captures the experience of being Spider-man pretty well, and there’s some clever choreography. Two very different sequences show Webb’s skill: the much-discussed bridge rescue, and a fight scene where Peter Parker is stuck to a pole, just after he discovered his powers. 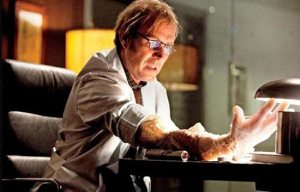 Rhys Ifans was an unusual choice for villain, lower on the totem pole than any of the actors cast for villainous roles in previous Spider-Man movies, or John Malkovich, who was supposed to be the Vulture in Spider-Man 4. I’d also say he was less well known than Garfield, Stone, Sheen, Field and Leary. His lead role in a major film was the recent Shakespeare flop Anonymous. Still, Luna Lovegood’s dad provides a capable performance.

His Connors is a good, but not particularly brave man. His Lizard is an effective mad scientist. He may vacilate a bit too much, although the payoff is effective when the Lizard is beaten.

There are promising seeds for future movies, with shady dealings at Oscorp and a mystery about Peter Parker’s parents. That includes one final twist that raises the stakes pretty well, and suggests that there’s more to one character’s story.

Martin Sheen and Sally Field are effective as a nice couple who have been married for 37 years, a fraction of which was spent taking care of a kid who is quite different form them. They pretty much disappear from the film after the first half. Sheen has an excuse, as his character dies. I can understand the cuts, as this is already a two+ hour film. Field’s problem seems to be that there isn’t enough room for both her and Dennis Leary’s Captain Stacy, who plays a bigger role in the continuing education of Spider-Man. He’s pretty good as the substitute for JK Simmons’s J Jonah Jameson, a gruff police captain and fairly sweet family man.

I like the little details, such as Peter Parker making webshooters using Oscorp technology, combined with a mechanism he had made earlier to lock his door.  When Manhattan is evacuated below 53rd Street because of a mad supervillain, the ensuing traffic jam makes it feel real.

I saw the movie in 3D. The 3D is mostly unobtrusive, and I never thought that the film was poorly lit. There were a few “Wow” moments, but I’m honestly not sure the experience is worth the surcharge. It’s not a lesser filmgoing experience by any means, but it’s not an obvious improvement either.

1 Response to Amazing Spider-Man Review Part 2: So Was It Good?