A few words against retcons

Plenty of readers who understand exactly what a retcon is were upset with the earliest hints of Marvel’s decision. Before One More Day was published, some promised that if the marriage were retconned away, they’d stop buying the Spider Man books. Whether all of them did so is a separate matter.

One argument was that the Spider Man comics should be one big story with clear progress, and that a retcon represented regression. Viewing the series as one large story carries the implicit expectation that the tale will eventually come to an end, the implications of which will be explored later.

There are some readers who just can’t stand the idea that comic books they’ve invested so much time, effort and capital on have become meaningless. Though there is the immediate counter-argument that as long as they enjoyed those stories, those stories were not meaningless. And if anyone paid money for comic books they weren’t enjoying, they had other problems when it came to the customer-publisher relationship.

While the retcon might have provided a jumping-off point for some readers, a certain amount of reader dropoff is inevitable anyway. Ultimately getting new readers, in addition to creating a long-term status quo which will encourage the good and accessible stories which will attract them, is more important than keeping the die-hard fans who have read decades of Spider Man adventures, and have specific expectations about what will happen next. 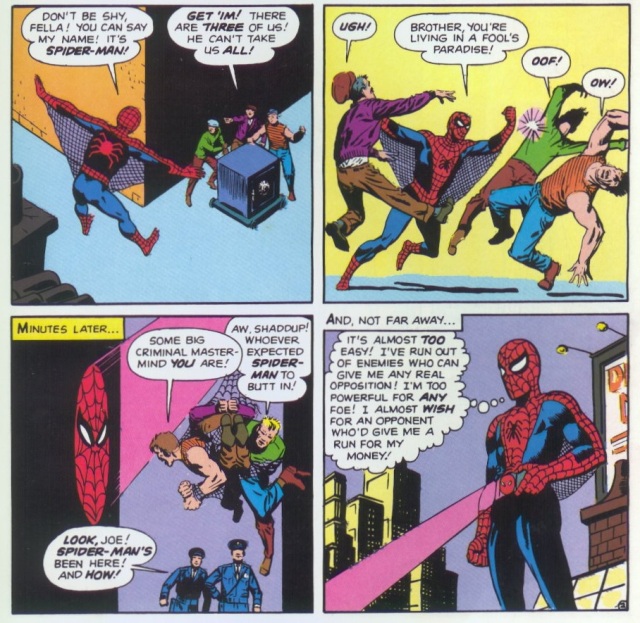 While providing explanations about why they couldn’t stand retcons, some readers came up with a high standard for what would constitute success for a direction they admittedly didn’t like. These expectations were generally unrealistic. Sales figures will be addressed later, but no one at Marvel suggested that a retcon, by itself, would be all that was necessary to “save” the Spider-Man books, or keep the series going in the long-term. Good creators with an excellent game plan would be what accomplishes that. A retcon is a tool to help with that goal, but it represents a means to an end rather than an end.

If the retcon had failed, the worst case scenario would have been a decline in sales. Although when Sensational Spider-Man and Friendly Neighborhood Spider-Man had difficulty breaking into the top fifty, I’m not so sure average sales could have gotten much worse, especially with the likes of Steve McNiven, Phil Jiminez and John Romita Jr on the art post-OMD. In that case, Marvel had a few exits available, including simply doing a mea culpa and undoing the retcon with another retcon.

One convenient aspect of retcons is the ease with which an unsuccessful one could be undone. An example would be the 1990s mini-series Spider-Man: Chapter One, which was supposed to be the new official version of Spider-Man’s first year, supplanting the first nineteen issues of Lee/ Ditko’s Amazing Spider-Man. In the process, writer/ artist John Byrne also retconned away Kurt Busiek’s acclaimed Amazing Fantasy mini-series.

An event in Chapter One was referenced in two stories, as it briefly became part of Spider-Man’s back-story. In Amazing Spider-Man Volume 2 #7-8, Peter Parker and his supporting cast underwent a shared hallucination, in which Peter was crippled as a result of an explosion in the mini-series. In the title’s next storyline, another survivor of the explosion targeted Spider-Man and Dr Octopus. 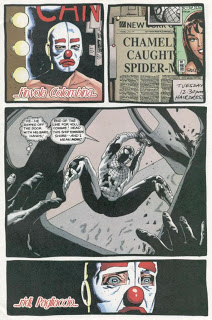 A month later in the Webspinners arc which served as an audition for his later Peter Parker Spider-Man run, Paul Jenkins featured a flashback to Chameleon’s first encounter with Spider-Man. And it was to Amazing Spider-Man #1 rather than Chapter One #2. The retcons in Chapter One were so poorly received that the series stopped being canon, while it was still being published.

The questions about what’s canon or not suggest another problem with retcons: a character’s back-story could become very convoluted.

I’m a comic book fan, wannabe writer, politics buff and New Yorker. I don’t actually follow baseball. In the Estonian language, “Mets” simply means forest, or lousy sports team. You can email me at mistermets@gmail.com
View all posts by Thomas Mets →
This entry was posted in Comics Industry, Spider-Man and tagged Retcons, The Infinite Spider-Man. Bookmark the permalink.