The Commitment to Change

If the current direction is an illusion of change approach in which writers and editors aren’t beholden to the series as a clear linear narrative, an alternative would be a commitment to change, in which major developments were not contradicted and remained a consistent part of the character’s history. And you can certainly make an argument for it.

In Malcolm Macdowell’s Blink, he cites the example of an improv comedy troupe able to create one act plays seemingly spontaneously. Each of them always make sure to follow through on what their costars set up. It’s tougher to improvise when one of the players decides to ignore the rules of the narrative.

While there’s a major difference between something as finite as a one act play, and a series with no end in sight, this blueprint could be applied to serial fiction. It’s a medium in which the story is told chapter by chapter, and in the case of the Spider-Man comics, without a clear idea of how it’s going to end.

Readers who follow the comics want to see the writers build on the foundation of the issues they’ve read, as it creates the sense that the previous stories were worthwhile and relevant. For the writers, working backwards to figure out how a retcon works can be time-consuming, and contrary to the instinct to just build on what the previous guys did.

With a straightforward “commitment to change” system, it’s much easier to explain to an absent reader what’s happened with the characters since the last time they followed the title. It’s a lot like finding out what’s happened to a real person. “Peter and MJ had a baby” or “Peter and MJ got divorced” is simpler to understand than “Peter and MJ broke up, but the marriage was also erased from existence by Mephisto” or “Aunt May got married to J Jonah Jameson’s father, but she no longer remembers that Peter Parker is Spider-Man.” Explaining the nuances of what’s no longer continuity can get quite complicated, and scare away lapsed readers. 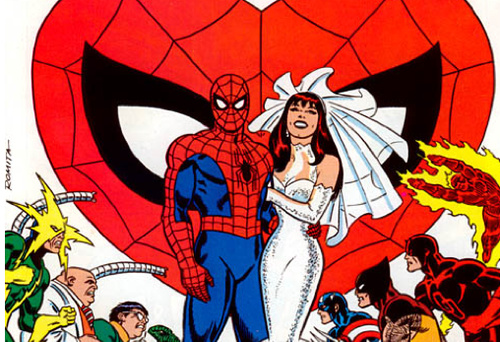 For readers who hate retcons and reversals, One More Day was anathema. Several turning points from the Spider-Man comics were undone. The marriage was erased. Harry Osborn was back from the dead. Aunt May and Norman Osborn no longer knew her nephew’s secret. Peter Parker’s identity was a secret again. Quesada and JMS even wanted to bring back Gwen Stacy, although that was vetoed.

There was precedent for it. The end of the Clone Saga was a similarly tumultuous time, as Norman Osborn came back from the dead, Peter realized that he wasn’t the clone. and a subplot was initiated that would ultimately conclude with Aunt May’s return from the grave. Though in those cases the majority of the reversals were for more recent developments, when there’s a bit of a grace period. As for the return of Norman Osborn, there’s no way anyone can argue that it made things easier for Spidey.

Preferring that changes to the series stick suggests further alterations in the near-future, as there will be more deviations and those will become a permanent part of the series. This is fine with many fans of the married Spider-Man, who have suggested allowing Spider-Man to further grow and evolve. They argue that “growth” is the chief reason for Spider‑Man’s popularity and appeal, though the sequels making less money than the original Spider‑Man film somewhat contradicts that notion. These fans view Spider‑Man as the everyman who has evolved since his first appearance. There is a logical next step in that process.

It starts to get a bit unusual if a couple is married for too long without any children. This is compounded by the sliding timescale, as evident by all the arguments about how Peter &amp; MJ were married for 20 years. It wasn’t that long within the comics, but it felt like a long time for many readers. While the period could have been much briefer for the characters, the sliding timescale exaggerates the length of a stage which doesn’t last long for most couples (the juncture between the marriage and the arrival of the first child.)

Most married couples do have kids. While many don’t, they’re still the exception. It’s like New York City Republicans or Spider-Man fans who think it’s better for the long-term viability of the series for Peter &amp; MJ to be married.

Should Peter &amp; MJ have kids, the kids would make it obvious into how much time has passed since specific storylines. The writers have a cheat with Baby May, as they can return her to the series, and keep her at a specific age for some time. But then you’ve got a suspiciously long stretch with an unaging child, who should actually be at a point when kids grow rather noticeably in a short amount of time.

I would argue that the Spider‑Man writers shouldn’t have the luxury of aging Spider‑Man and giving him kids, because it creates a mess for the next writers. It’s difficult to reverse these changes, or to go from a status quo in which Peter Parker is a married father to one where he is not. Killing Peter’s wife and/ or child is way too depressing and there are significant disadvantages to having either Peter or Mary Jane abandon their family. There are some mega-arcs Marvel could do to shake things up (Mary Jane goes missing, Mary Jane takes the kids and goes into hiding when a new villain targets Peter) but the readers would still be aware that at the end of the storyline, Peter Parker would still be a happily married father.

You had 130+ issues of Spider‑Girl, if you want a book about Peter Parker raising a family. You could argue that it’s inadequate as Peter’s not the main character in that series, but the reason Peter’s not the main character is that his life in that book is no longer interesting enough to justify headlining a monthly, let alone an (almost) weekly.

Marvel could prevent things from being too comfortable for the characters by portraying Peter Parker as a bad father, in the hopes of getting some drama out of that. It will come at the cost of a lot of goodwill for one of the most likable characters in fiction. While it’s true that many great men have been poor husbands and fathers (Rudy Giuliani, Fyodor Dostoevsky and FDR come to mind) writers choosing to deliberately portray Peter Parker as an incompetent dad aren’t going to get readers emotionally invested in what happens next. 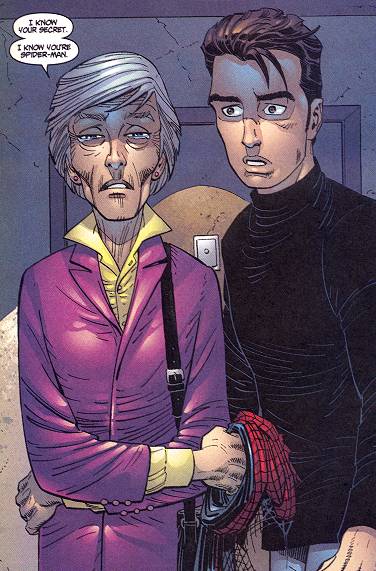 Some argue that the character needs occasional change, and this is the best way to prevent the status quo from becoming stale. While a fixed and permanent state of affairs isn’t a good solution, neither is change for the sake of change. All major developments with the character should be mindful of the fact that the story will most likely continue for decades. The ability to shake things up is severely limited when writers are forced to commit to these alterations forever.

There are some who suggest that Peter Parker should “grow” simply to make the character more appealing to an increasingly older readership. That move admits defeat against getting younger readers for the books—which is essential for keeping the comics going for a prolonged period of time—and simply ties the books to a slowly declining readership. Spider‑Man existed before most current readers started reading comics, and should still have new adventures after the current readers depart this Earth.

If Marvel tries to make the title appeal mostly to the longtime fans, they’re going to lose current younger readers, and the future readers necessary to keep the Marvel Universe alive. The company would also lose out on getting great artists and writers to work on the book, because most A‑list creators wouldn’t want to do a project with no potential for long‑term success/ expansion/ new readers.

If the characters became older with their initial audience, the teenagers in Lee/ Ditko’s Amazing Spider‑Man would be in their Sixties by now and I doubt most current readers would have been interested in the books in the first place. The desire to see characters age with you screws over the next generation of readers. Chances are that the people who want to see Spider‑Man age and have children would not have become as interested in the character when they started reading the comics if Spider‑Man had a wife, a standard nine-to-five and three kids. Eventually you’re going to deal with issues that many younger fans don’t care to read about: Stable Jobs, Menopause, Retirement, Death.

With the illusion of change, the goal is to add to the story without restricting later writers. Growth is still possible without Peter Parker, and the supporting cast becoming discernibly older. As long as Peter Parker learns from his experiences, his character will grow even if it’s not as obvious. But there are other ways to do it than giving him children, and more birthdays or wedding anniversaries. 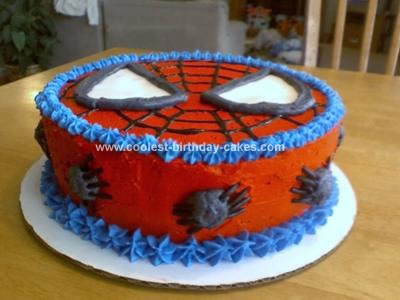 With a commitment to change approach, you might just lose what made the series interesting and compelling in the first place, especially when irreversible changes start piling up. Then you’re left with something radically different (and likely not an improvement) over the original. Or you’re left in a position in which none of the changes seems to matter, such as when Peter Parker divorces his fifth wife.

I’m not worried about whether Peter’s portrayed as being twenty‑three or twenty‑eight, but what will happen when he’s 38 or 58. This is the stuff of crude comedy, not exciting superhero adventures. Granted, I believe the comics would be cancelled long before either milestone is reached, as that’s the logical consequence of a bad status quo. The majority of the fans who want to see Peter get older with them will eventually slowly stop reading and buying the books, leaving the continuing adventures of a less commercially viable Spider‑Man.

Some would cite Dark Knight Returns as a successful storyline involving a much older version of a top-tier superhero, but while a Mid 50s Batman coming out of retirement made for a kick-ass self contained 192 page story, it wasn’t viable for a regular series. The continued adventures of an older Batman would probably have degenerated into self parody, assuming the book never quite became boring. There are probably interesting stories to tell about a Peter Parker in his 50s, just not 360 issues worth, and that’s just if the books would continue in real time.

The counter-argument to concerns about the character’s continuing viability is that there could be other leads than Peter Parker.