But Spider-Man Fans Loved The Marriage

Polls do consistently show that fans—at least those inclined to vote on polls at comic book websites—prefer the marriage to the current status quo. So some of his detractors suggest that Joe Quesada put his own opinion ahead of what was clearly in the best interests of the title. I’ll look at figures cited to suggest that there was no way BND could have worked, the implication being that the book would still do better if One More Day was undone.

It’s worth noting that these votes aren’t perfect. As the CBR poll received 5,793 responses, I assume it includes casual browsers, and thus serves as a better indication of the habits of comics readers than most message board polls, which are skewed by representing only the minority of comic book readers who care enough about comic books to seek out places to discuss them on the internet. Those results are further restricted to the people who liked a particular board, which may not be random. The CBR survey is still skewed by representing only the people who care about comics enough to look up information on it online, which is admittedly a larger group than people who also want to talk about comics.

It’s certainly wrong to assume that message boards are a perfect representation of the people who buy comic books. All you need to do realize this is to compare the success of comics blasted on message boards like Identity Crisis, Civil War, House of M, Infinite Crisis, New Avengers and anything Jeph Loeb touches to the success or lack thereof of series that come highly recommended on the internet, such as Nextwave, Spider‑Girl, Manhunter, The Irredeemable Antman, Thor the Mighty Avenger and others. Sometimes a book that is critically praised excels on the sales charts as well (Snyder and Capullo’s Batman being a contemporary example) but there’s still no consistent correlation between praise and sales.

Initial Reaction to the Marriage 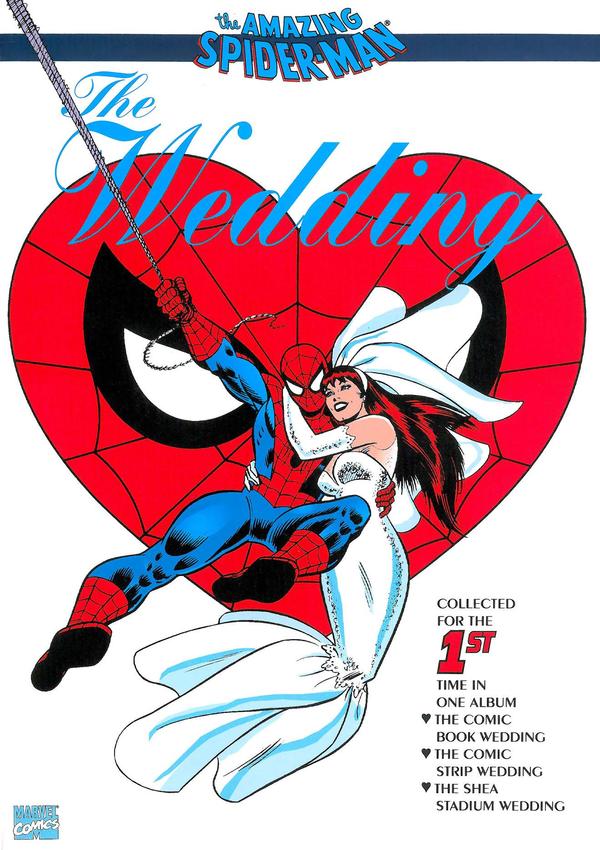 Some readers have the misconception that Amazing Spider‑Man Annual 21 was written because fans in general got bored with Peter Parker being a bachelor. The real reason for the wedding had nothing to do with fan demand. Stan Lee decided to marry the characters in his comic strip, and then-Marvel Editor‑in‑Chief Jim Shooter didn’t want that event to happen before the “real” Spider‑Man got married. This is why the engagement went by so quickly, and Peter and Mary Jane got married in the same issue in which they announced their impending nuptials to Aunt May and Aunt Anna.

There was a resulting publicity whirlwind with a mock wedding at Shea Stadium, and fans who liked to see monumental events occurring to their favorite characters were elated. However, a key indication of Marvel’s shortsightedness at the time was the way they bypassed all the stories you could get when Peter Parker is engaged to get to a mostly irreversible change as quickly as possible. Surely someone had to complain about the rushed handling of the marriage. One thing I’ve learned from online message boards: there will never be universal agreement on anything.

I’m certain the marriage was a relatively popular decision thanks to the publicity blitz and the way consumers generally enjoy seeing a character they identify with win. It also occurred in a one year period in which there were some truly excellent stories (Kraven’s Last Hunt, the return of the Sin‑Eater, Todd Mcfarlane’s arrival to the series and the first appearance of Venom.) It was just a creatively fertile time for the character. Spider‑Man VS Wolverine—another of the best Spider‑Man stories ever—had come out a few months before the wedding annual. 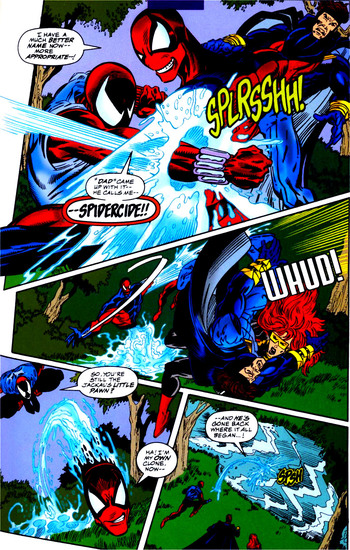 Because the only problem with the clone saga was what it meant for Spidey’s marriage.

Some readers suggest that undoing the marriage was an objectively bad idea because previous attempts to undo it failed. So Quesada should have recognized that any attempt to retcon the marriage was a proposition doomed to failure, as bad as (or worse than) the aftermath of the clone saga, the most notorious of Marvel’s attempts to make Spider‑Man single again. The problems with the Clone Saga are too numerous to recount here but many aren’t applicable to One More Day. While fans like to blast controversial events, such as “The Other” or “Sins Past” for specific scenes, the Clone Saga often failed in terms of basic craft.

There was also a flaw at the very core. The idea that the character you’ve enjoyed in some of the best Spider‑Man stories ever wasn’t the real deal was more extreme than a retroactive change to the marital status.

The second attempt to keep Peter and Mary Jane apart occurred when she was believed dead in a plane crash, though this too had a few unique problems. It was obvious at the time that they were going to bring her back somehow, and it was primarily written by Howard Mackie‑ a less successful, respected and frankly talented writer than JMS or Dan Slott. He just wasn’t good enough to make it work and later stated, if anyone had any doubts, it was always his intention to bring back Mary Jane, meaning that Peter Parker was not meant to be a widower forever. There was no reason that all of the fans who were upset when Mary Jane “died” would have been so upset about a solution which leaves her alive and viable as a character.

After Mary Jane returned from the dead, she promptly went to Los Angeles to “find” herself, reconciling with Peter twenty‑one issues later. I don’t think fanboy wrath had anything to do with Marvel’s decision to bring the two back together. It just seemed uncharacteristic for Peter and Mary Jane Watson Parker to be apart for long, or to even have the marital problems, given all the things they’ve been through before (the clone saga, Jonathan Caesar, Harry Osborn’s death, their stillborn child, Mary Jane’s “death,” Peter’s “death” and Venom). JMS did get some tension out of the period, and it’s probably the strongest stretch of his run. He explained in an interview with Write Now that he had complete leeway to do whatever he wanted with the storyline, and could have kept the couple apart had he wanted to.

Nobody from Marvel had ever broached the subject to me. They’ve never said to keep ‘em apart or keep ‘em married. They kinda leave it to me to a large degree and that’s a tremendous vote of confidence on their part and an incentive for me not to screw it up or abuse that trust.

It’s safe to say that he’s not afraid to speak his mind, when he doesn’t have complete control over a story.

Looking at CBG’s sales estimates for Amazing Spider‑Man during this period, it seems that the restoration of the marriage had no impact (positive or negative) on the sales of the books. There was a nice increase for Peter and Mary Jane’s reconciliation in Amazing Spider‑Man Volume 2 #50, 114,400 copies as opposed to an estimated 97,000 copies for the preceding issue, but it didn’t last (the 52nd issue sold an estimated 800 less copies than the 49th.) Sales continued to slowly decline, a process which had begun with #46, probably since sales had been rising fairly consistently since Straczynski’s first issue and had to peak somewhere. The chief exception was the five hundredth issue, which sold 148,000 copies (as opposed to 92,800 copies for the preceding issue, 94,400 copies for the next issue and 90,500 copies for the 502nd) though that was another highly publicized anniversary issue.

I can’t claim to know what the majority of fans want, and neither can most people on message boards. Sales are the only indicators available, and on Amazing Spider‑Man, there’s no proof that the books made any more money because JMS chose to reunite Peter and Mary Jane. You could easily make the case that the acclaim and sales were strongest when Peter and Mary Jane were apart. Of course, the sales charts that received the most scrutiny were those that came when the new direction started.