The Most Ambitious Presidents 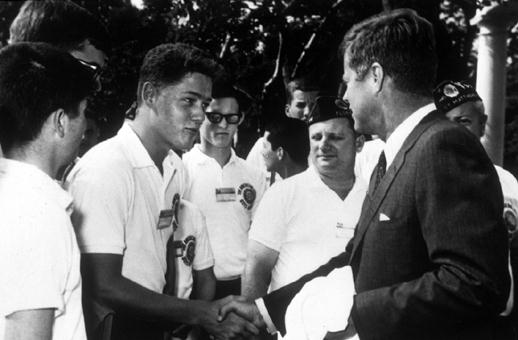 A handful tried to run longer than the usual two terms. Ulysses S Grant went for a third nonconsecutive term in 1880. Theodore Roosevelt ran for the Republican nomination in 1912, and as an Independent candidate in the same cycle. FDR was the only one to do it successfully, and the constitution was later changed as a result to prevent anyone else from pulling this off.

Others who had the opportunity to do so tried to help the political allies or even family members on the road to the same office. Thomas Jefferson got his buddies from Virginia John Madison and John Monroe elected to the White House. During JFK’s abbreviated stint in the White House, he made one of his brothers attorney general and helped get his youngest brother to succeed him in the Senate, paving the way for both of their presidential bids. Bill Clinton has spent much of his post-presidency trying to get his wife elected to the office. George HW Bush was a one-term President, but at the very least he had to see potential in Jeb.

A few politicians weren’t in a position to help anyone else, or stick around longer. Reagan left the White House as the oldest president ever, and felt George Bush was owed the presidency. After his 1980 drubbing, there wasn’t any interest in Carter presenting a protege, although his Veep was the party’s next nominee.