It seems I’ll have no problem with reading 2013 comic books this year.

Locke & Key Volumes 1-6, Grindhouse, Omega #1-3: I’ve come to this series just as it’s ending, devouring every issue as quickly as humanly possible. A collection of mini-series about kids in a haunted house who find keys that give them super powers is really really good. I’m not very familiar with Joe Hill’s other work, so despite his best efforts, he’s always been Stephen King’s acclaimed son. And this comic may be better than anything his dad ever did. It may be the best comic book published since All-Star Superman. Can you tell that I like it?

Secret Six monthly #1-7: The regular series follow-up to Villains United and the Secret Six mini, this is a quirky team book about a team of supervillains that continues to play to Gail Simone’s strengths, as everyone fights for one of the most valuable items imaginable.

New Avengers #55-60: One of Bendis’s better Avengers arcs. There’s a good sense of the apocalyptic, as the Dark Avengers are drawn into battle with the new Avengers. Fun twists galore.

Lone Wolf and Cub Volumes 17-19: As the story reaches its close, tension is ratcheted with two developments: the bounty on Ogami is raised to the extent that civilians will now target him, and Ogami starts to lose his cool. Plus, his legend has reached the point where most people aren’t going to pick fights. These three volumes constituted Tales 83-97

Captain America #139-142: In Stan Lee’s last arc on the series he may be overcompensating for an year of weak single-issue stories with a four parter devoted to Grey Gargoyle. It started off well enough, with Steve Rogers posing as a cop to investigate a few disappearances.

Lone Wolf and Cub Volumes 20-28: The conclusion of Lone Wolf and Cub makes for the longest comic book story I’ve ever read, at 2500+ pages of content. You could quibble about when the story starts, as there’s a lot of payoff to threads that have been going on for some time, with the Yagyu Letter and Ogami’s victories against Yagyu’s forces. But the first tale of the 20th volume features the introduction of the filthy poisoner Abeno Kaii, a new villain who becomes important for the remainder of the series, as a third party in the war between Ogami and Retsudo. It also marks a change in pacing as a book that focused on self-contained stories now gets a lot more padded.

This is epic in scale, with a 200 page battle followed by a hundred pages of immediate aftermath, and then a lot of set-up to a final 300+ page battle. A highlight is the gloriously over the top introduction of the Grass, impressive final villains. For long portions of the story, Yagyu is more important than Ogami, having been established as a worthy archenemy, the old tiger an almost superhuman counterpart to Lone Wolf. These volumes constituted Tales 98-142

Powers Volume 3 #1-11: The first volume of Powers coincided with the time I started buying comic books regularly, so it was a sentimental favorite. Due to the delays, I never got around reading the short-lived third volume until now. The murder victims include a God, and a legendary superhero Christian Walker worked with. The series shines in some truly intense moments, but much of it is stuff I’ve seen before from Bendis and Oeming, possibly an unfair standard to hold them to. 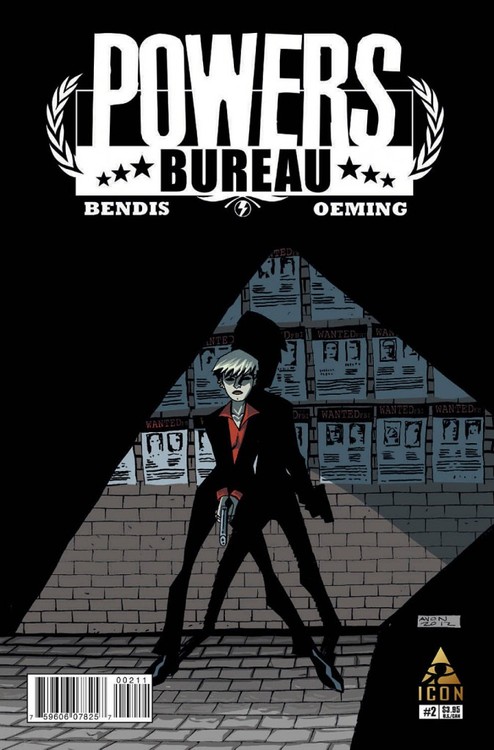 Powers: Bureau #1-3: 80 issues in, the series is till fresh. The reunion of Walker and Pilgrim in a new setting is one reason, although the latest case is also really messed up in a glorious way.

Captain America #149-152: An early collaboration between Gerry Conway and Sal Buscema, who would later work together on Spectacular Spider-Man. It’s a filler run before Englehart. There isn’t a sense of what makes Captain America special, although I do appreciate the emphasis on Falcon, who comes across as Cap’s partner rather than his sidekick. A lot of it’s dated, with ill-advised soap opera conflicts involving Nick Fury, and Falcon dealing with accusations of being an Uncle Tom.

Punisher (Rucka) #1-9, 11-16, War Zone #1-5: I think I read all 20 issues in the space of an hour. It’s a sort of Batman approach to the Punisher, as he fights supervillains, and takes a protege. A lot of ordinary criminals also die.

Avengers Prime #1-5: The follow-up to Siege is notable for fantastic Alan Davis art, as well as the camaraderie between the big three Avengers.

Age of Ultron #1-3: So far, the first three issues of Marvel’s new event have depicted an apocalyptic world in which the worst villain has won, and the heroes struggle with a counterattack. The situation is suitably desperate, and the art by Bryan Hitch is gorgeous.

Captain America: What Price Glory #1-4: Cap fights the mob in Vegas, and falls for a girl he’s supposed to protect. There are some good twists, but I do feel that the mini is a waste of Steve Rude’s talents.