Cracked had an insane optical illusion. You have to test it on a picture editor yourself, but Box A is the same exact color as Box B. Your brain is just tricked into thinking otherwise.

Saturday Morning Breakfast Ceral had a great riff on Superman.

Stephen Ross, the outrageously wealthy owner of the Miami Dolphins, has decided to form a Super PAC to target the legislators who voted against giving the team more than a third of billion dollars in order to renovate the stadium. I’m on the side of the Florida House of Representatives, considering the various problems with subsidizing sports teams, although I’m very interested in what happens next.

Seth Maskets considers the effects of polling in politics.

A Red Panda goes missing from the National Zoo. And a lot of jokes are made on twitter. My favorite came from the account of the Bronx Zoo Cobra.

There’s a massive hurricane on Saturn.

Andrew Sullivan suggests that David Gregory suggests everything that’s wrong with journalism and the media for asking Glenn Greenwald whether he did anything illegal, but not any politicians like Dick Cheney. One aspect of this is that bloggers can be more fearless, but they’re also more likely to report things that turn out to be untrue. Sullivan’s made a lot of comments in the last few years so it would be unfair to suggest that an egregious mistake represents his entire career, but an interesting example came to mind when Sullivan reported the open secret that Supreme Court nominee Elena Kagan was gay. Except, it turned out she wasn’t. On another blog, Rich Johnson has breathlessly reported the conventional wisdom regarding whether someone has been able to find missing footage from a popular 1960s television series. As a fan of the series, I would be disappointed if he turns out to be wrong.

On other media screw-ups, John Sides mocks the uncritical approach at Politico.

The Taiwanese animators took on the Paula Deen story.

Ta-Nehesi Coates thinks her ingrained racism reveals a lot about the country.

I confess myself refreshed to hear Paula Deen respond “Yes, of course,” when asked if she used the word “nigger.” We have conditioned ourselves with a kind of magic to believe that racism is a matter of kindness and prohibitive vocabulary — as though a hatred of women can be reduced the use of the word “bitch.” But what does a country which tolerates the terrorism of Southwest, Georgia expect? What does a country whose left wing’s greatest policy achievement was made possible by an embrace of white supremacy really believe will happen to children raised in such times? What do we expect in a country where many find it entirely appropriate to wear the battle-flag of the republic of slavery?

Perhaps it expects that they will be savvy enough to not propose sambo burgers or plantation themed weddings. But this is an embarrassment at airs, not the actual truth. When you watch the video above, note the people cheering and laughing.

The world’s oldest comic book may have been published in Scotland. I guess we’ll always have jazz as the uniquely American art form.

I’m pretty sure my family owned a copy of this Beanie Babies handbook, which was quite inaccurate in guessing the current value of the toys.

And I wasn’t kidding about the optical illusion. 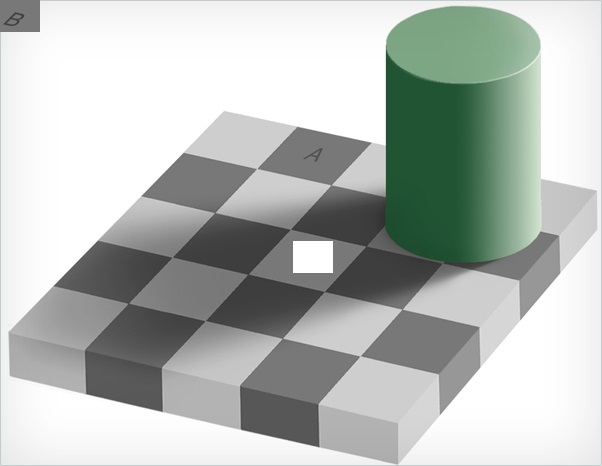