Why I Can’t Be A Critic 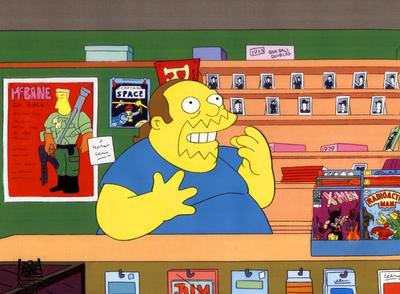 This is something that’s been on my mind. What does it mean for an individual engaging in pop culture discussion when most of your comments are positive?

Whenever I try grading movies or comic books, I tend to give positive reviews (in the B to A+ range). Part of it is that I look at things in terms of what has merit within a work of art rather than what bothered me about it. Like most pop culture consumers, I’m also inclined to spend my time and money on stuff that I actually like. If a creative team has impressed us in the past, they’re more likely to do so in the future than someone completely random. The same can apply for companies or editors.

I’ll use the example of Martin Scorsese. As far as I’m concerned, the quality of his films since Gangs of New York (I haven’t seen Cape Fear, Age of Innocence and Casino) is always pretty high, exclusively ranging from B+ to A+ work. I also really enjoyed the two documentaries of his that I saw, although in both cases I was interested in the subject matter, and drawn in by fairly high reviews.

Reading the reviews of others also does tend to weed out work that I’m unlikely to be happy with. I once graded every movie that I saw that came out in a given year, and about half got an A (9/10) or A+ (10/10). But since I went with the stuff that got awards and appeared on best of lists, it makes sense that my moviegoing experiences were generally really positive, even if a critic who posted the same scores would be seen as a big softie.

It seems that some take it as a badge of honor to give mixed reviews, but this doesn’t always seem praiseworthy. Critics will experience more of something than the typical consumer, so they won’t be as selective. As a result they’ll have more bad experiences, so that the rest of us have a better idea of what to avoid.

Quality of a product from a particular creator or company isn’t going to be random either. Criterion Collection DVDs, HBO programs and Folio Society books are going to have a high average quality.

Let’s use Spider-Man as an example. There are various advantages the series has that other books don’t have. It makes more money, so the company is more able to spend more money to attract talent. Because the character is so well-known, a larger pool of professionals is more likely to be interested in the series. So the editors can afford to be more selective. This also means that if someone bombs on the title, they can be replaced easily. The story engine has also been tested through decades. As a result, it is entirely possible that the quality will be fairly consistently high, which can be boring for reviewers.

There was a great poster on cracked.com about how band lose their reputations. One aspect of it is expectations. I really liked the line “The latest show by an established act that consistently produces decent material.”

In comics terms, I suspect that an established writer on a top-tier title with access to good artists, is going to consistently produce good material. But if a critic recognizes that, there will likely be detractors calling him or her out for noting the obvious, that a book with these advantages is better than the majority of the material in the marketplace.

There will sometimes be talents who are all over the map in terms of quality. And since quality isn’t random, there will often be factors that result in consistently subpar material for an artist, a company or series. But it’s not always the case.

For some things, abnormal quality is just the norm.