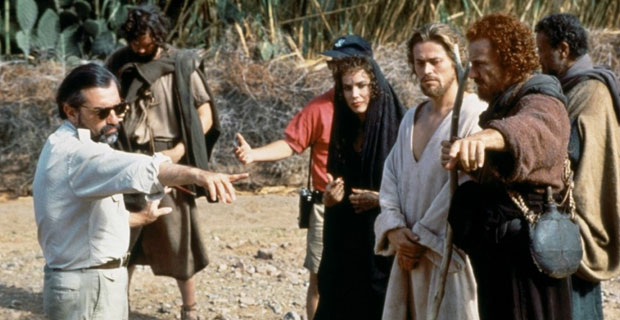 The impressive box office of Son of God has led to renewed discussion about the depiction of Christ in film.

M. P. Turner of the Daily Beast didn’t care for the most recent films or earlier cinematic takes on new testament material, as evident in his piece “Why Are Jesus Movies Always Lame?”

But the movie’s flaws, the numerous cinematic nuances that caused me to cringe or snicker or roll my eyes may not be entirely the moviemakers’ fault. “Jesus” isn’t exactly the easiest story to retell, especially when Christians are the audience that a filmmaker is targeting. That right there might be Downey and Burnett’s biggest mistake: they catered their film to Christians. They formed a Christian board. They met with pastors. They attempted to create a movie that would please everybody, from Catholics to Baptists, from Pentecostals to Presbyterians. And that’s why their film sucks. Because more than poor acting and cheap special effects, Christians are quite possibly the biggest reason why Jesus movies are usually terrible, boring, and contain no elements of surprise.

The guy’s wrong to say that films about Christ are always bad. I liked Passion of the Christ, Last Temptation of Christ and Pier Paolo Pasolini’s The Gospel According to St Matthew. But it’s still worth considering why there aren’t more great films about one of the most significant people who ever lived. This got me thinking about whether there could be a religious film similar to Lincoln, a recent prestige picture about a figure whose approval rating is roughly equivalent to Jesus.

One aspect of it is the Hollywood talent pool. A lot of creative types aren’t Christian. The director of Lincoln is Jewish, while the screenwriter and lead actor are agnostic. People who don’t believe in the divinity of Christ are less likely to be be interested in telling a story about someone else’s religious figure, while believers are going to be suspicious about any such effort.

Someone who doesn’t believe can obviously still make a great movie, and have an interesting take on the material. The Gospel According to St Matthew is on youtube for anyone who needs confirmation of that.

Another problem is that it’s tougher to take historical liberties with the divine. It’s understandable why Christians are less likely to stand for it, but that makes it much more difficult to tell a good story in a two hour film. Some Christians will argue that their preference for reverence to the text is equivalent to calls for general historical accuracy in film. But there’s greater opposition to small changes in religious films.

Lincoln featured invented congressmen, to emphasize the types of backroom deals that led to the passage of the thirteenth amendment, and a made-up encounter between the first lady and Thaddeus Stevens. These changes served the story, although it wasn’t absolutely historically accurate. There will be greater opposition when adapting what many believe to be the word of God. What one man considers to be extraneous another considers to be an essential truth.

As a result, the options of directors and writers. are rather limited. They can focus on something narrow as in The Passion of the Christ, take a financial hit, go low-budget, or opt for something bland and inoffensive.

Tasha Robinson of the Dissolve noted the unease religious filmgoers have with anything but the most conventional take on the material, as evident by the response to Last Temptation.

It seemed to me then, and still does now, that the protests were largely based on a deep-seated discomfort with the idea of portraying Jesus as actually human, with human flaws and needs, even in a fantasy crafted by the devil to tempt Jesus away from the divine plan. In fact, there’s been a strong cultural feeling that portraying him with anything less than the formalized, airless, heightened tone of classic Biblical epics like King Of Kings or The Greatest Story Ever Told is the equivalent of open mockery.

A counterargument to claims that creative types are hindered in the ability to make a living telling artistically satisfying stories derived from the bible is that the church has historically been a patron of the arts. However, there are major difference between film and paintings. The latter medium is generally cheaper, with less need to reach a wider audience to recoup losses. An occasional work of art may be mass-produced with copies reaching millions, but the majority never gets that far, a luxury not allowed for most films.

A longer narrative requires some controversial decisions, inherent in telling a story with a complete beginning, middle and end. A single image allows a viewer to supply the context which can differ based on one’s religious doctrine and understanding of the source material. It’s also easier for a viewer to ignore works that he or she doesn’t agree with. A two hour film at twenty four frames a second doesn’t allow that luxury.

I’m a comic book fan, wannabe writer, politics buff and New Yorker. I don’t actually follow baseball. In the Estonian language, “Mets” simply means forest, or lousy sports team. You can email me at mistermets@gmail.com
View all posts by Thomas Mets →
This entry was posted in Film, Religion and tagged Christianity, Lincoln (film). Bookmark the permalink.