With the Oscar nominations coming out, I’m going to make my educated guess on who is going to be happiest tomorrow.

I’m guessing all five SAG nominees get nominated in a larger group, so that would be Beasts of No Nation, The Big Short, Spotlight, Straight Out of Compton and Trumbo. I’d add to that The Martian and Mad Max: Fury Road. Inside Out, two films that are more notable for the directing, and Room– more of a showcase for Brie Larson and Jacob Tremblay. And with Star Wars: The Force Awakens getting decent reviews, and breaking box office records, I think it’ll sneak in as well. It also seems to have nostalgic appeal to enough Oscar voters.

Edit: I predicted 6 out of 9. Bridge of Spies and Brooklyn ended up getting nominations. Beasts of No Nation, Straight out of Compton and Star Wars: The Force Awakens did not.

This seems to be a race to determine who gets to lose to Leonardo Dicaprio for The Revenant. The top runner-ups seem to be Michael Fassbender for Steve Jobs, Matt Damon for The Martian and Eddie Redmayne for The Danish Girl. I’m also guessing there will be a nomination for Brian Cranston for Trumbo, a film about the movie industry, which is something the academy  has gone nuts for lately. He also seems like a guy who is very respected by the industry, so they’d be happy to give him a nomination he doesn’t have much shot of winning. He previously received the SAG and Goldern Globe nominations, which cements his status as a contender. 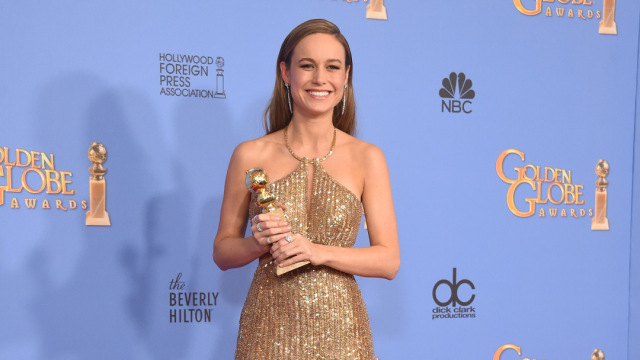 This is a category with clear frontrunners: Cate Blanchett for Carol, Brie Larson for Room, and Saoirise Ronan for Brooklyn. I also expect a nomination for Charlotte Rampling of 45 Years– a respected but never nominated actress for whom a loss to Brie Larson can still be seen as a way to honor her career. The IFC Center has a retrospective of her career, to remind New York based voters of her previous work, which seems indicative of a campaign to get the support of voters. I’m sure similar stuff is going on in California.

I’m guessing the last one will be Sarah Silverman for I Smile Back. She’s campaigning a lot for it, it deals with a serious issue, and is the type of performance that gets nominations. She has also received a SAG nomination. This contradicts the conventional wisdom of another Jennifer Lawrence nomination, but Joy hasn’t been that successful.

Edit: Got four out of five. I should not have bet against Jennifer Lawrence here.

Mark Rylance for Bridge of Spies is the most certain. I’m also guessing there will be a nomination for Michael Shannon with 99 Homes, due to the combination of Golden Globe and SAG nominations (even if this diid not help Daniel Bruhl).  Idris Elba for Beasts of No Nation benefits from a campaigning push by Netflix, as well as being the obvious choice to keep the acting nominations from being all-white. Christian Bale was essentially the co-lead of The Big Short (although he didn’t share any screentime with any of the other name actors which justifies the supporting role) an attrivute that gives him an edge in the supporting category for playing a role with multiple disabilities (a glass eye, aspergers.)

Spotlight splits the vote, which may explain why it was shut out of the category in SAG and Golden Globe nominations. The narrative’s too powerful with Sylvester Stallone for Creed.

Edit: Got three out of five. Rufallo ended up getting it, as did Tom Hardy for The Revenant. Elba and Shannon did not.

I think Rooney Mara for Carol and Alicia Vikander for The Danish Girl benefit from category fraud. Kate Winslet is a lock for Steve Jobs. Jennifer Jason Leigh gave a memorable performance in The Hateful Eight, and benefits from the character’s transformation in the final act.

Mirren did get SAG and Golden Globe nominations, but that didn’t help her with another period piece on famous figures in film (Hitchcock a few years back). I’m guessing Rachel McAdams gets the last nomination for Spotlight, partly for having the one good female role in an excellent ensemble piece.

I think the DGA predicts the big five for the Oscars: Tom McCarthy for Spotlight; George Miller for Mad Max: Fury Road (seems like a movie that directors would like); Alejandro G. Inarritu for The Revenant; Ridley Scott for The Martian and Adam McKay for The Big Short. The DGA tends to get one or two wrong, but these are all acclaimed films which are getting a lot of buzz right now, and are impressive showcases for the directors involved.

Edit: Got 4 out of 5. Ridley Scott’s out of contention, and Lenny Abrahamson got in for Room.

I’m guessing Quentin Tarantino is getting another nomination for The Hateful Eight., while the Coen brothers got nominated again (dragging Matt Chapman along) for Bridge of Spies. Tom McCarthy & Josh Singer are pretty much guaranteed for Spotlight, given its reviews. I think two well-regarded hits will also get nominated in this category, with Pete Docter, Meg LeFauve, and Josh Cooley getting considered for Inside Out, and Jonathan Herman & Andrea Berloff, Alan Wenkus & Leigh Savidge doing the same for Straight Outta Compton.

Edit: Got 4 out of 5. Ex Machina beat out The Hateful Eight.

Aaron Sorkin gets a lot of credit for Steve Jobs, so I think he gets another nomination there. Emma Donoghue‘s adaptation of her novel Room is pretty much universally acclaimed. Adam McKay & Charles Randolph had a clever showy screenplay with The Big Short. Nick Hornby got good reviews for Brooklyn, while Drew Goddard had a smart adaptation for The Martian.

Edit:  Got 4 out of 5. Steve Jobs lost the nomination to Carol. 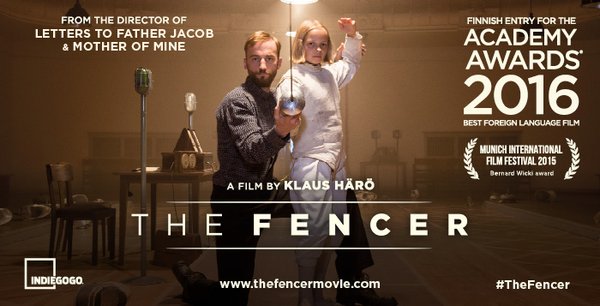 As an Estonian, I can’t vote against Finland‘s The Fencer given that it is set in Estonia, and starrs Estonians. It did also get a Golden Globe nomination. Hungary‘s Son of Saul is the clear frontrunner. Denmark‘s A War and France‘s Mustang seem to have gotten some attention. Belgium‘s The Brand New Testament was nominated for a Golden Globe, and a comedy about a grumpy god seems different enough from the other potential nominees to avoid vote-splitting.

Edit: Got 3 out of 5. The Jordian thriller Theeb and the Columbian adventure film Embrace of the Seprent beat The Fencer and The Brand New Testament.

Those are my predictions. My expectation is that I’ll do better than Richard Brody.

Edit: He got three wrong in the Best Picture category, one in Best Director (although he did correctly guess that Ridley Scott wasn’t going to get nominated), three wrong in Best Actor (although he thought Bale would be nominated in this category), one in Best Actress (he thought Charlize Theron would get in rather than Jennifer Lawrence), three in Best Supporting Actor, two in Best Supporting Actress, three in Best Original Screenplay, and two wrong in Best Foreign Language film. He did call Best Adapted Screenplay accurately. Ultimately, I did slightly better.