Our Society Is Deeply Flawed And Yours Is Fine: Cultural Relativism Explained 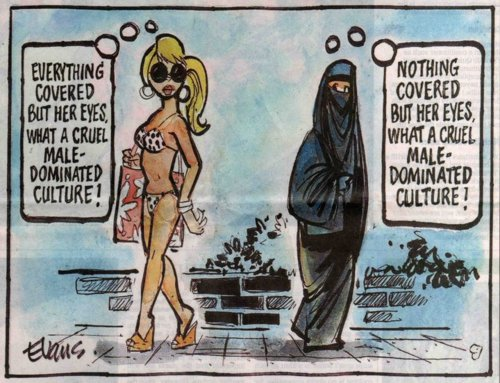 This was something I wrote for a class on the philosophical foundations of education.

Cultural relativism is the proposition that the actions of individuals can be understood only within the context of their culture, and that no culture is inherently superior or inferior to any other culture. In other words, what appears strange to outsiders is entirely proper behavior from the perspective of the society. Cultural relativism started as a principle in anthropology, as a method of understanding the different habits of other cultures. Franz Boas laid the groundwork for the theory with his work arguing against the view that Americans with the right European background have superior mores to others, especially certain immigrant communities. As Boas said “Civilization is not something absolute, but … is relative, and … our ideas and conceptions are true only so far as our civilization goes.”

Cultural relativism has applications in education, tying into progressivism and critical theory. It applies to teaching subject matter from other cultures, especially their histories and artistic output. It can apply to the teacher-student relationships, especially when it comes to understanding students from immigrant communities or subcultures that aren’t necessarily those of the teachers and the administration of a school district. It may also be important to figuring out things that perplex newcomers about the culture of others in a school district. Many immigrants might find it strange that anyone eats with their a fork in their right hand (this is something that bothers my mother) while the Americanized might find it odd that anyone cares, and some from the Middle-East would be shocked that anyone uses their “unclean” left hand for eating.

There’s been a pushback against cultural relativism for generations, with Alan Bloom’s best-seller The Closing of the American Mind as a prominent example. A critique of that book serves as a defense of cultural relativism. Thompson suggests that the alternative to it is an unwillingness to face reality, writing “Bloom does not really wish to examine or to interrogate the past, for he has a completely firm belief in the transhistorical status of human nature.” He suggests that critics like Bloom ignore the problems that have led academics and historians to employ cultural relativism: “This perpetuation of taste, the perpetuation of hegemonic culture, of the cultural patrimony, is an innocent and unpolitical affair to Bloom.”

Robert Young notes that a focus on cultural relativism ignores the diversity that existed within nations earlier, as he writes “the fact of internal pluralism is conveniently forgotten, when, in a systematic equivocation, European culture is treated as ‘ethnocentric.’” Northern Italians are quite different from Southern Italians, to say nothing of the differences between Germans and Greeks. Young is concerned that cultural relativism limits communication by excusing motives for improvement: “In such a view, it is not possible to speak of cultures “learning” from each other.” If all cultures are morally equivalent, there is no reason to change.  He sees cultural relativism used “as a lever to move the European curriculum to a universalisation of the value of all relativised cultures other than its own.” Those who practice it are willing to be critical of their own society, but not that of others, which can be an issue in cases of shared culpability.

The central thesis of cultural relativists is one I disagree with. I don’t think all cultures are equal, and one culture can be superior to another in particular ways (it may very well be inferior in other ways.) This can be the result of wisdom and insight, or ignorance, blind spots and geography. A landlocked culture may be superstitious of water, while a group that has grown up with open spaces could be careless with damage to the environment, immigrant populations from areas with corrupt police officers could be antagonistic to authority here, and newcomers from areas where the support of extended family was essential might see it as virtuous to cover up crimes of relatives. Too much respect for differences can be disastrous, as it hinders the possibility of necessary improvement.

Even if cultures aren’t equal, and morality isn’t relative, it’s still worth understanding how other groups have come to particular conclusions, and how our culture could sometimes contribute to a problematic view of the world. “Our culture” may be a bit of a misnomer, as this university (St. Johns) is in the most diverse county in the country, and I doubt anyone else here is Estonian-American. That said, we are in an era of great change, with debates in the mainstream that barely existed on the margins years ago. I might think some of the debates are kind of silly (although I could be wrong on that) but others have value.

Towards the end of the piece, I said I was curious about how this applies to the experiences of  my classmates as teachers and as humans. Did any have any eye-opening experiences with cultural relativism? Have they seen administrators or authorities neglect cultural differences that they felt should be accommodated? Have there been situations where someone bent over backwards in the other direction?

There was an interesting response comparing it to diplomatic immunity, as an understanding that people from different cultures might need legal protections from out own laws. The main purpose of it was to make sure that government relations can function even during difficult periods (IE- Armed conflicts.) Both sides benefited when the envoys were safe, even if there were incentives for various actors to punish agents of a rival power. So a key aspect of diplomatic immunity is making sure that envoys aren’t treated worse than your own citizens (which can also be applied to schools in the sense that students should understand that others will want to take advantage of the same resources they do, and that students from other cultures shouldn’t be lower on any hierarchy, etc.) I’m sure differing cultural norms play a role in potential diplomatic conflicts, especially in peacetime. It’s part of why the home country can waive immunity in situations where something is illegal in both jurisdictions.

There was one comment about how kids are quite rude when they’re playing video games. Students should be encouraged to at least tolerate other cultures, although there are plenty of factors influencing someone playing video games online who says “It’s not polite to not speak English in front of Americans” beyond what they’ve been told in school. Teachers shouldn’t contribute to that kind of worldview, but I doubt that teachers can unilaterally stamp it out. And I think that the idea that cultures should bend should be opposed, regardless of whether an American says it, or someone who doesn’t like aspects of modern American culture.

One classmate brought up the West Wing’s 9/11 episode and laws protecting the culture of Native Americans. Technically, this would be an argument for cultural relativism, but Native American cultures had their own problems. An individual’s odds of dying violently in a tribal society are higher than in most of the alternatives.

I’m a West Wing fan, and I remember that episode. I do recognize the major divide between the cultures that prefer pluralism versus those that want to impose their values on others. Cultural relativists tend to be pluralists, although there is the potential of being too accommodating of the people who want to destroy their institution. It reminds me of an Onion headline “ACLU defends right of Neonazis to burn down ACLU headquarters.”

There were some comparisons to the past, and how we’re doing horrible things now as a society, like denying gay men and women marriage licenses. My feeling was thaat we shouldn’t fall into the trap of thinking that things were better in the past. Denying people marriage licenses because of gay marriage isn’t a new thing. Textbooks have always rewritten history; we’re just more aware of it now.