Wizard celebrated 2000 with a special covering their favorite things about comic book, including the top ten creators, characters and Top 40 stories. It was good stuff for a high school freshman who was suddenly able to afford trade paperbacks.

It lived up to the hype on the cover, which promised “The Best Issue Ever!” We’ve seen the lists of the best comics, characters and comic book creators.

Plus, there was a convincing argument for why 1986 was the best year in comics history.

It was also the issue with one of the most famous moments in the magazine’s history, the introduction of the Sentry, part of a meta-joke to hype a mini-series in which the Marvel Universe suddenly remembers a forgotten hero. 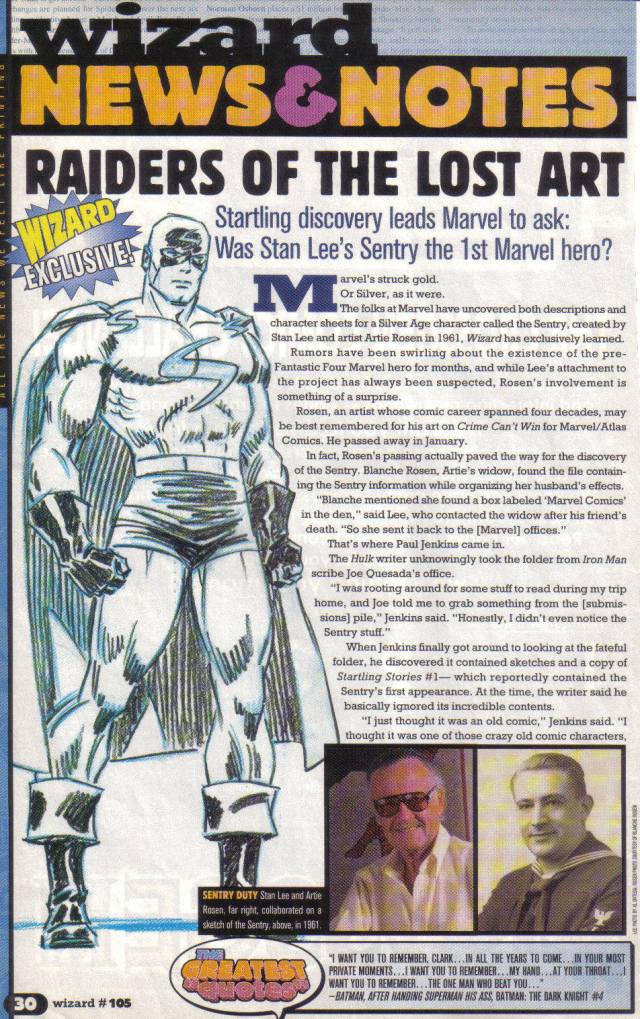 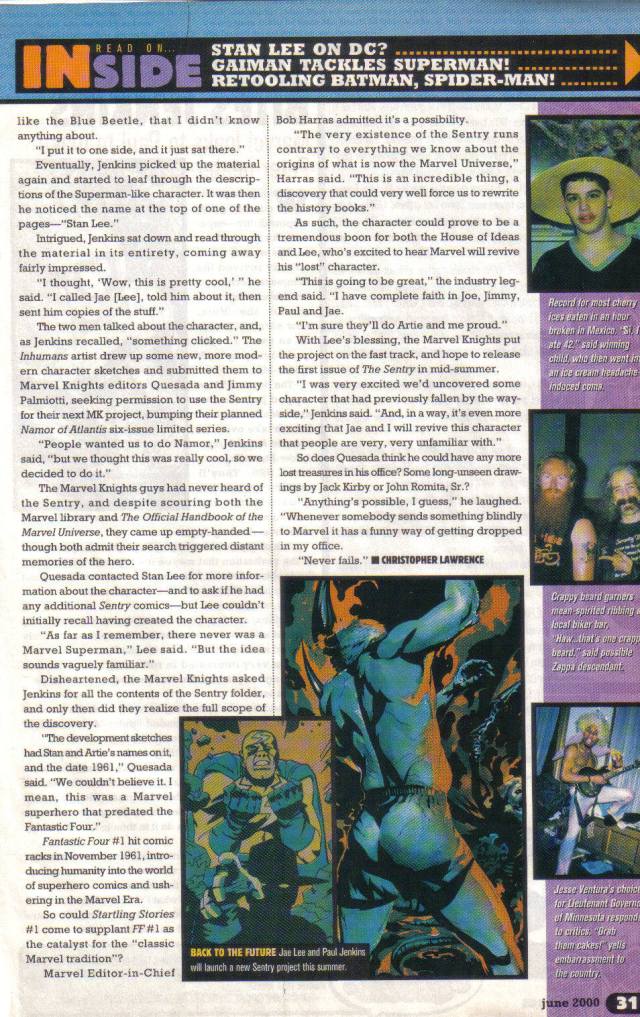 The magazine had another piece on Jenkins, so you could be forgiven for thinking that he would be the most popular comic book writer of the next decade. It didn’t quite happen that way, although his Spider-Man run was quite good. 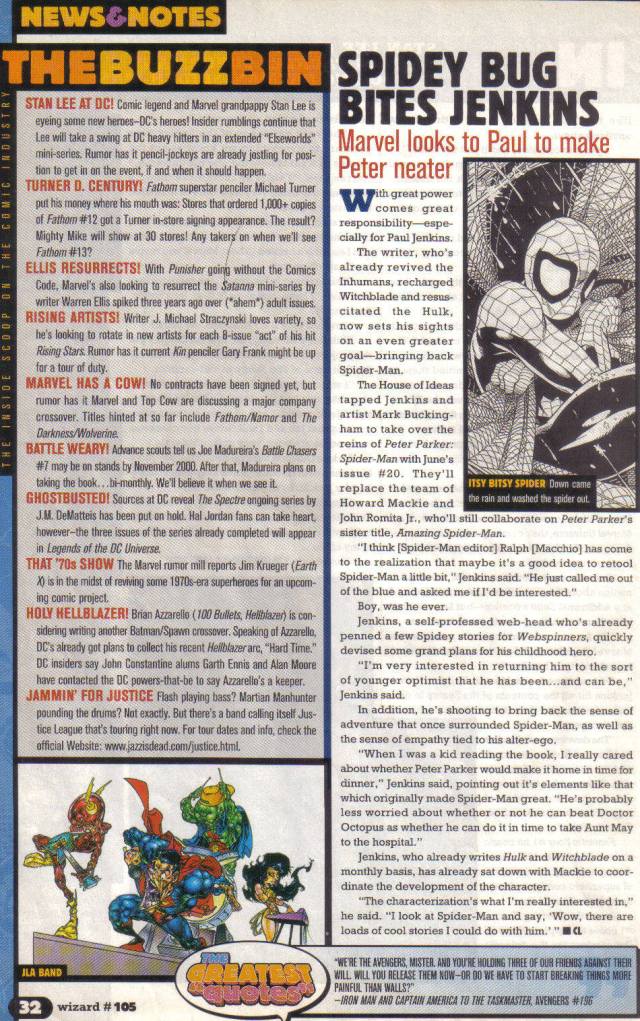 Writers who would go on to impressive careers were mentioned in the article. Bendis would be the writer of a Spawn monthly. Brian Azarrello was Vertigo’s golden boy. 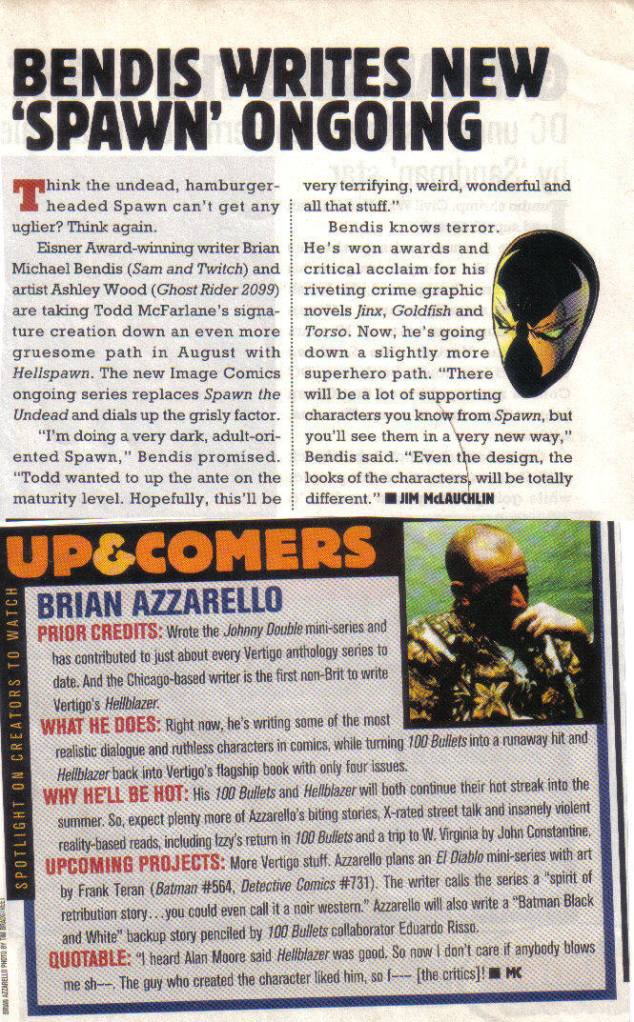 At this time, Ed Brubaker and Brian K Vaughan were notable mainly for their work on Batman.

Their list of the most popular writers and artists of the time gives a bit of a sense of trhe industry at the time. 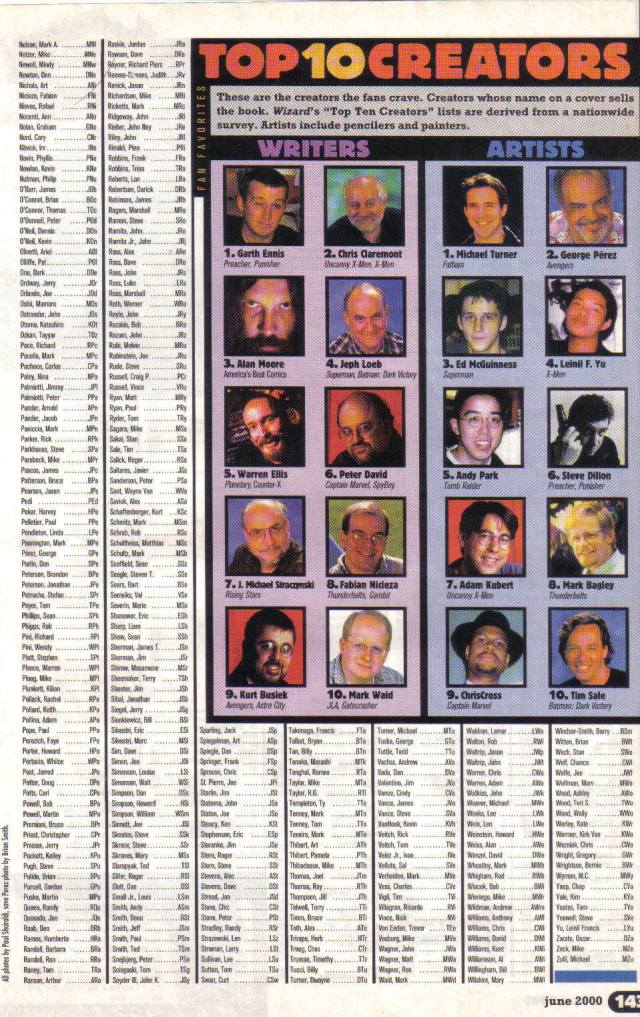 1 Response to Wizard’s Best Issue Ever!