The ratings for the most recent Academy Awards were the lowest-ever by a large margin. This leads to some questions about why that is.

Is there too much focus on material that isn’t commercial? Is Hollywood liberalism turning off moderate and conservative viewers? Are the decisions made by powerful white men turning off viewers?

One major issue is that the Academy makes certain decisions that aren’t based on merit, and this diminished the award. There’s some focus on the private lives of nominees, but a related problem is that the Academy isn’t nominating the most popular films. That’s an understandable decision when the films are bad, but not as much when the films are well-reviewed. There are certain types of films that will get nominated if they’re good enough (the likes of The Post) and I could understand why viewers wouldn’t be interested in the awards if they felt that a superior film that they liked wasn’t nominated.

In the last decade, there have been opportunities to nominate good films that haven’t been taken. I do have a general rule when criticizing Oscar nominations that someone has to be willing to mention what shouldn’t be nominated when promoting someone else, so I’ll look at that as well. 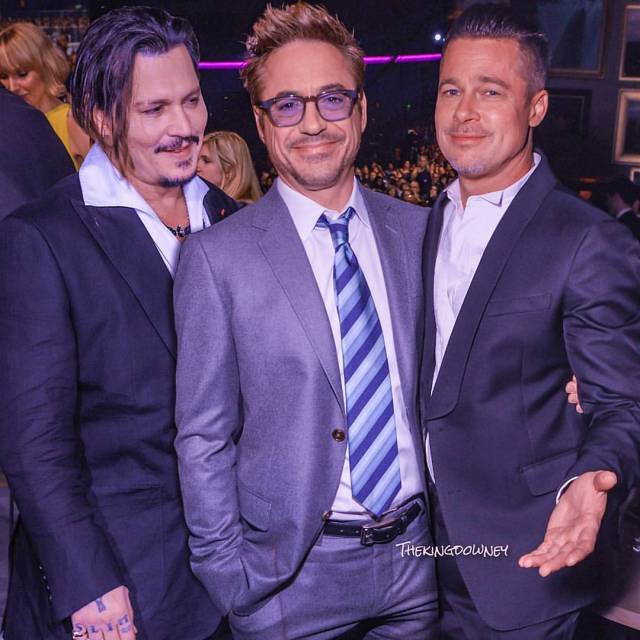 In 2008, the decision to not nominate The Dark Knight is seen as responsible for the Academy expanding the best picture nominations to ten. It was probably a worthier choice for Best Picture/ Best Director than any of the nominated films, as something that was excellent at the time and remains relevant today. Downey Jr’s Tony Stark had a bigger effect than Brad Pitt in The Curious Case of Benjamin Button, so that would have been a better lead actor nomination. A quick issue is that suggesting a film should’t be nominating isn’t the equivalent of saying its bad, just not in the top one percent of its category. There’s a bit of a problem in Hollywood that quite a few films are made under the assumption of Oscar nominations as part of the marketing, which really should never be the case, because no one would know in advance if a supporting performance will be the fourth best of the year, which means it should be nominated, or the seventh, which means it should not.

2009 included Best Picture nominations for Avatar and Up, so there isn’t much of a complaint in that category. I do suspect more people will fondly remember Up than than The Hurt Locker, so there’s an argument that it should have been the one to win Best Picture.

In 2010, Toy Story 3 was nominated as was Inception. Neither was nominated for Best Director, even if their work was better received than David O’Russell for The Fighter.

2011 was a bit of a rebuilding year for blockbusters. Harry Potter and the Deathly Hallows Part 2 was good, but not the top ten films of the year good. A nomination would have been popular, although largely based on the strength of the rest of the series. The rest of the Top five was pretty weak, with a Twilight sequel, a Transformers sequel, a Hangover sequel, and the fourth Pirates of the Caribbean.

2013 honored Gravity, which did win Best Director. I do think Frozen should’ve been a Best Picture nominee, as it’s had more staying power than Philomena (a perfectly good film).

In 2015, The Revenant was a hit and The Martian was nominated in major categories. To be fair, the best picture winner Spotlight wasn’t a box office smash, but it was really good. In terms of ratings and cultural impact of the Oscars, it might have been better to nominate the Force Awakens, although its staying power is a bit questionable, due to the later realization that it rehashed old territory.

In 2016, Captain America: Civil War should have been nominated for Best Picture (over Hacksaw Ridge), Best Director (over Mel Gibson), and probably Best Supporting Actor (Robert Downey Jr- although I’ll be honest I’ve got to catch up on Lion, Manchester By the Sea, Nocturnal Animals, and Hell or High Water before making a definitive declaration here.)

In 2017, Star Wars: the Last Jedi should’ve been nominated for Director (over Phantom Thread), Picture (over The Post), Screenplay, Supporting Actor (Mark Hamill over Woody Harrelson), Adapted Screenplay (over The Disaster Artist) and Supporting Actress (Carrie Fischer over Octavia Spencer.) Wonder Woman should have gotten a nomination for Best Actress since we’ll remember Gal Gadot’s performance for some time, probably more than Margot Robbie in I, Tonya.

Nominating good popular films is a key way to go in order to increase the relevance of the Oscars, although this is a bit incomplete. How do you change the habits of Hollywood insiders? Lifetime bans on anyone who hints that anything other than quality matters would be controversial. This was an issue during the #metoo movement when there’s a push against douchebags nominated in key categories. And they can’t really just kick out people with bad taste. They could try to nudge voters in a particular way, but this could backfire.

If there was a way to put a thumb on the scale to get popular nominations, that might engender a backlash or a push for further manipulation. This was a suggestion to offset the Oscars So White backlash, allowing for extra nominations that fit some quota. Once you do it one way (well-received blockbusters), there’ll be pressure to do it in another (representation, political messages, etc).

There has been a push for new categories limited to effects heavy films, such as best live-action performance. One idea might be a category for characters that aren’t the result of one actor. This could be animated characters, stop motion performances, and even trained animals (which opens it up to films like The Artist). It would fill the Academy’s goal of educating the public, in a way that I’d imagine people would enjoy.

A fair counterpoint to the view that the Academy should consider popular films more, is that they have another more significant bias against foreign film (it is ridiculous to suggest that Amour is the only foreign language film in the last decade to be one of the best of the year) but there’s no real push against this because there’s no financial interest in nominating people from films that make even less money in the US than the typical Oscarbait films.

Writing in the New York Times, Ross Douthat suggests that one issue is the lack of middlebrow films with broad appeal. The problem isn’t that Hollywood is nominating the wrong films, but that it isn’t making enough of them in the first place.

The ideal Oscar nominee is a kind of high-middlebrow work, a mix of star power and strong writing and gripping storytelling that at its best achieves great artistry (as happened often in the 1970s, less often in other eras) but even if it falls short maintains a certain level of quality joined to broad, dare-one-say populist appeal. The classic Hollywood genres, from gangland movies to historical epics to literary adaptations to Westerns and war movies and musicals, were all calibrated for this zone, and when the calibration was successful, the Oscar nominators had a lot of material to work with that was at once popular and pretty-good.

To pick a representative year from my adolescence, in 1996 the academy nominated five movies for Best Picture — a classic-novel adaptation and romantic comedy in “Sense and Sensibility”; a historical epic-war movie in “Braveheart”; a work of can-do Americana in “Apollo 13”; and then an ingenious children’s movie in “Babe” and a foreign film in “The Postman” (“Il Postino”). The foreign movie made “only” about $21 million in domestic United States box office (still a large haul for a subtitled movie); the other four made about $354 million combined, with “Apollo 13” the easy leader. Adjusted for today’s ticket prices, that works out to well over $700 million in contemporary dollars between them …

… which is more than the total earned by the nine movies nominated for Best Picture in 2018. The winner, “The Shape of Water,” is the most popular trophy-getter in five years — and its current box office take is just $58 million.

What has happened in the intervening years is well known to everyone. The combination of a global audience (which doesn’t necessarily relate to a lot of old-Hollywood genres and tropes), the ease of substituting special-effects work for storytelling, the ascent of geek culture and the lure of online life and the flight of talent and viewers to the ever-expanding realm of prestige TV have turned Hollywood into a comic-book blockbuster industry with an Oscar-bait subsidiary.

The result is a cinematic common culture increasingly reduced to Marvel sequels and other genre remakes and reboots and spinoffs. Half the Top 10 highest-grossing movies in 2017 were superhero movies; you have to go 13 spots down the list, to Pixar’s “Coco,” to find a movie that isn’t based on a “presold” pop culture property. This is the landscape from which the academy has to pick its nominees, and it basically offers them a choice between mass-market mediocrity and the more rarefied fare that now dominates the Oscars. 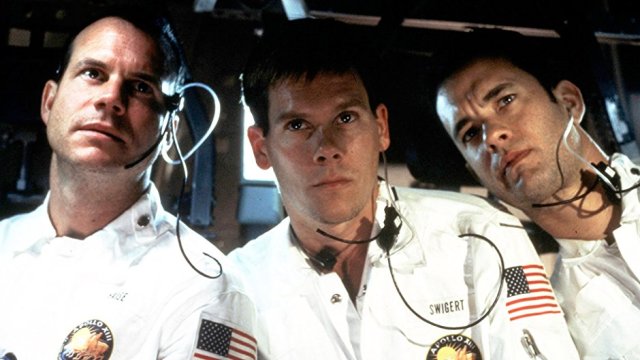 One issue with his response is that it is largely based on subjective opinions (he thinks Star Wars: The Last Jedi isn’t worth nominating for Best Picture, but Blade Runner 2049 is when the latter doesn’t make sense from the point of view of honoring blockbusters) which any would-be pundit is vulnerable to. In these analyses, it helps to look at metrics developed by other people, like imdb ratings or rotten tomatoes scores. I’m a bit curious as to how someone would objectively measure why Spotlight (a Best Picture winner with a domestic gross under $50,000,000) isn’t a middlebrow mix of star power and strong writing.

A final factor in declining ratings, and the nominations of films with low box office is the nicheification of culture, as people fall into smaller and smaller subgroups with increasingly limited common ground. One result of this may be the way movies from the early 90s (Schindler’s List, Pulp Fiction, Shawshank Redemption, Forrest Gump, Silence of the Lambs, Unforigven) regularly pop up on Best of lists, but films from later years don’t do so in the same frequency. There’s less of a consensus on what’s the best of that era, which could diminish the perceived significance of markers of consensus like academy awards.