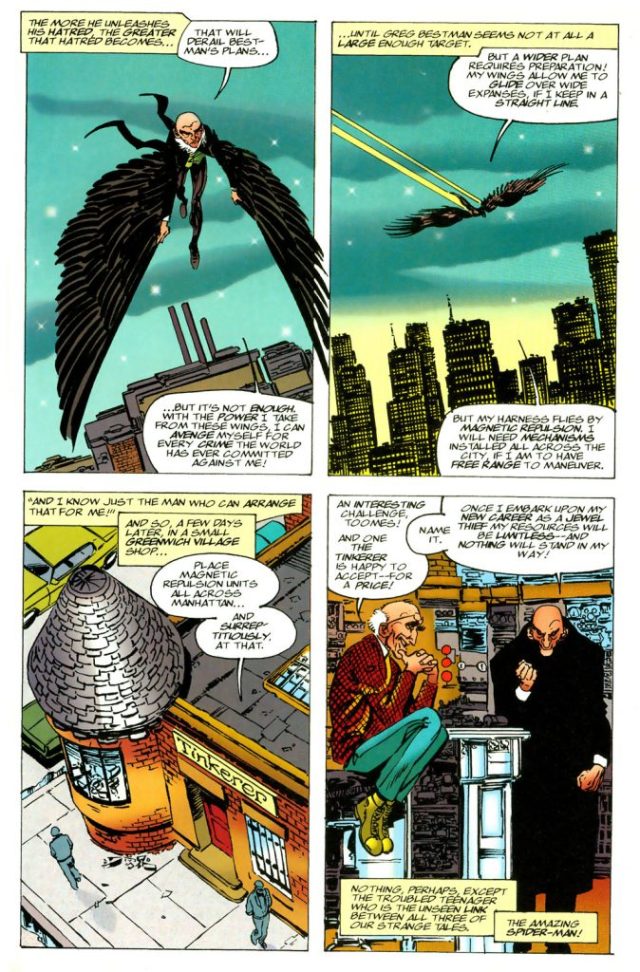 My latest piece on the Crawlspace is about rumors for the bad guys in Spider-Man: Homecoming, and whether Spider-Man films should only have one villain.

One of the rumors about SPIDER-MAN: HOMECOMING is that it’s going to feature Vulture and Tinkerer working together, which is oddly remniscent of SPIDER-MAN: CHAPTER ONE. In this case, it could work. The Tinkerer doesn’t require a complex origin story, and can fit the Vulture’s story by helping him with his equipment.
Another rumor is that the Kingpin may be the bad guy. Vincent D’Onofrio says he’d like it to be true, but that it doesn’t seem likely. He would be a bad guy who would presumably have super-powered henchmen, but those guys don’t necessarily need complex origin stories, nor would they result in a more convoluted narrative.

There’s another rumor that the opening set piece might pit Spider-Man against the Shocker. I’m posting this one because it’s something that plenty of readers have suggested they’d like to see. I don’t know if it’s the best use of a villain who has been in some good comics, but it would be a way to show off Spider-Man’s powers prior to the main conflict of the film.

Full article at the link.